About the Settlement Process

On 11 February 2009, the Crown and Tainui Taranaki ki te Tonga co-signed a Letter of Agreement. Ngāti Tama negotiators, Fred Te Miha and Robert McKewen, have now developed a detailed Deed of Settlement based on this agreement, and also post-settlement governance arrangements to receive and manage the redress. The members of Ngāti Tama Manawhenua ki Te Tau Ihu Trust will have the opportunity to vote on whether or not to accept the Crown’s offer as set out in the Deed of Settlement, and on post-settlement governance arrangements. If ratified, the Deed will be signed and the settlement will be implemented and the redress transferred following the passage of settlement legislation.

The Office of Treaty Settlements, with the support of Department of Conservation, Land Information New Zealand, the Treasury and other government agencies, represented the Crown in day-to-day negotiations. The Minister for Treaty of Waitangi Negotiations, Hon Christopher Finlayson, and his predecessor Hon Dr Michael Cullen, represented the Crown in high-level negotiations with Ngāti Tama Manawhenua ki Te Tau Ihu Trust. 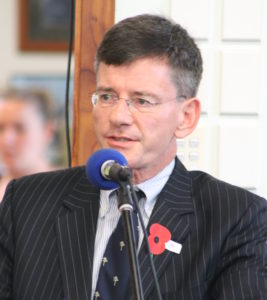 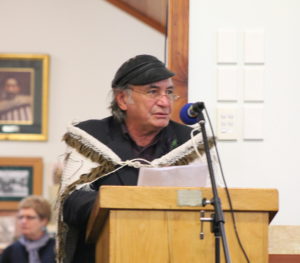 If you experience difficulties downloading any of our documents, right-click on the button, click “save link as” which will save the document on your computer. 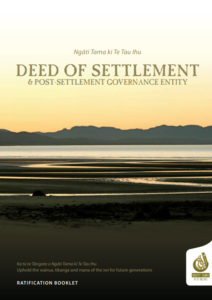